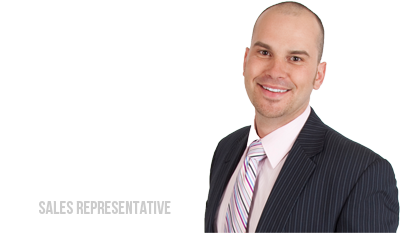 The rise of the million-dollar house

This is giddy, alarming news on the greed front, a sign that modesty in real estate, not to mention affordability, is well and truly vanquished. A young couple starting out in Ottawa can still buy their dream home downtown — it’s just downtown Stittsville.  Honestly, it’s getting kooky out there. Where are average-income people suppose to live anymore?

It’s an urban epidemic. Forget Vancouver’s insanity: the news from Toronto this week is the average detached house in the city is now selling for more than $1 million. Ottawa, history indicates, cannot be that far behind. There has been, in fact, a dramatic rise of the million-dollar house, all over town. Exact figures are hard to come by, but the city of Ottawa and Ontario’s Municipal Property Assessment Corp. dug into their files to report that the number of residential properties assessed at more than $1 million has risen to 2,697 in 2015 from 402 in 2006. And these are based on 2012 evaluations, so you can bet the true number is much higher.

Rockcliffe is Millionaire’s Row? This is not hyperbole or envy talking. The figures show Rockcliffe has 639 properties assessed at more than $1 million. Capital ward, which contains the Glebe, was next highest, with 432. It will surprise some that Osgoode ward was third on the list, with 231, just ahead of Kitchissippi (including Westboro) with 221. Somehow, Stittsville had four million-plus piles in 2012, but now has two.

We checked, too, with the Ottawa Real Estate Board. In 2004, there were 20 properties sold for prices in excess of $1 million. In 2014, there were 114 and, in the first half of this year, 81. Right now, there are 266 properties on the Multiple Listing Service for greater Ottawa with asking prices beyond $1 million, with 108 of them in the “central area.” There are other indications the real estate market has gone from white picket fence to 24-carat gold.

Canada Mortgage and Housing Corp. does surveys on the prices of new home construction in major Canadian cities. For new builds (homes and condos), the average price paid in Ottawa in 1997 was $183,650. In 2014, for the first time ever, the average price broke through the half-million dollar mark, settling at $514,963. In those intervening 17 years, the average price never once went down.

What does a million bucks look like? There is a million-dollar house for sale on Clarey Avenue in the Glebe. Google it up. It does not scream “palace” exactly, but is a handsome red-brick place with a fancy porch and lovely interior woodwork. The real estate company has offered some handy guidelines on affordability.

Well, a million is just a number. In the end, does it mean anything that Ottawa is turning into a series of connected millionaire alleys?

It has to. First, there must be a demographic effect. Is it not a smaller pool of buyers who can get in the game at this level? What are the consequences for young families, thus schools, thus parks, thus recreation centres, thus urban planning? With land prices gone cuckoo, can a medium-sized business easily locate in the urban area?

Seriously, is it any wonder there are hardly any grocery stores in Centretown? What, too, are the consequences for older homeowners in the central area, with their houses paid for? Property taxes, based on a market-value assessment, will march ahead, though it is still the same old house, getting the same old city services.

It is worth noting, too, that in Ottawa’s case, this price-leaping is not solely market-driven but government-orchestrated. City hall wants intensification within the Greenbelt, just as it wants to limit suburban sprawl. But core area is like waterfront: they’re not making any more of it.

We’ve found a secret way produce millionaires in this city and country: buy a house and wait. At home, we’ve often remarked to each other: “We couldn’t afford today to buy into our own neighbourhood.”

Four walls, it turns out, and a roof.